With everything going on in the nation, we figured that we'd take a break from our regular reporting to bring you some laughs with the best right wing memes out there. Some we found, others we made, but all of them will take your mind off of the circus we're currently living in for just a few minutes. Enjoy! 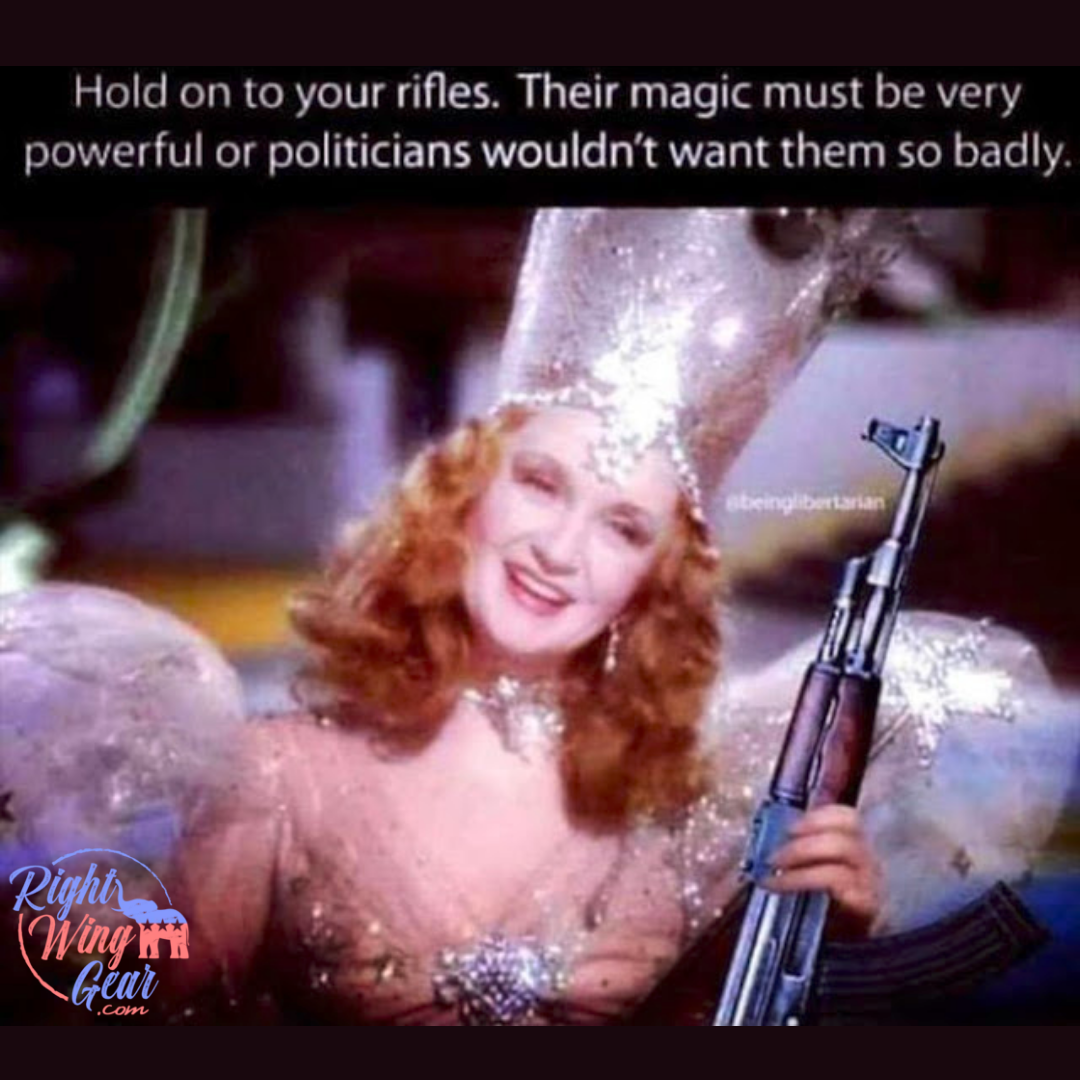 According to the left's imaginary logic, rifles are deadly weapons of war in the hands of a law-abiding civilian, but useless against a tyrannical government. There's only one explanation: magic. 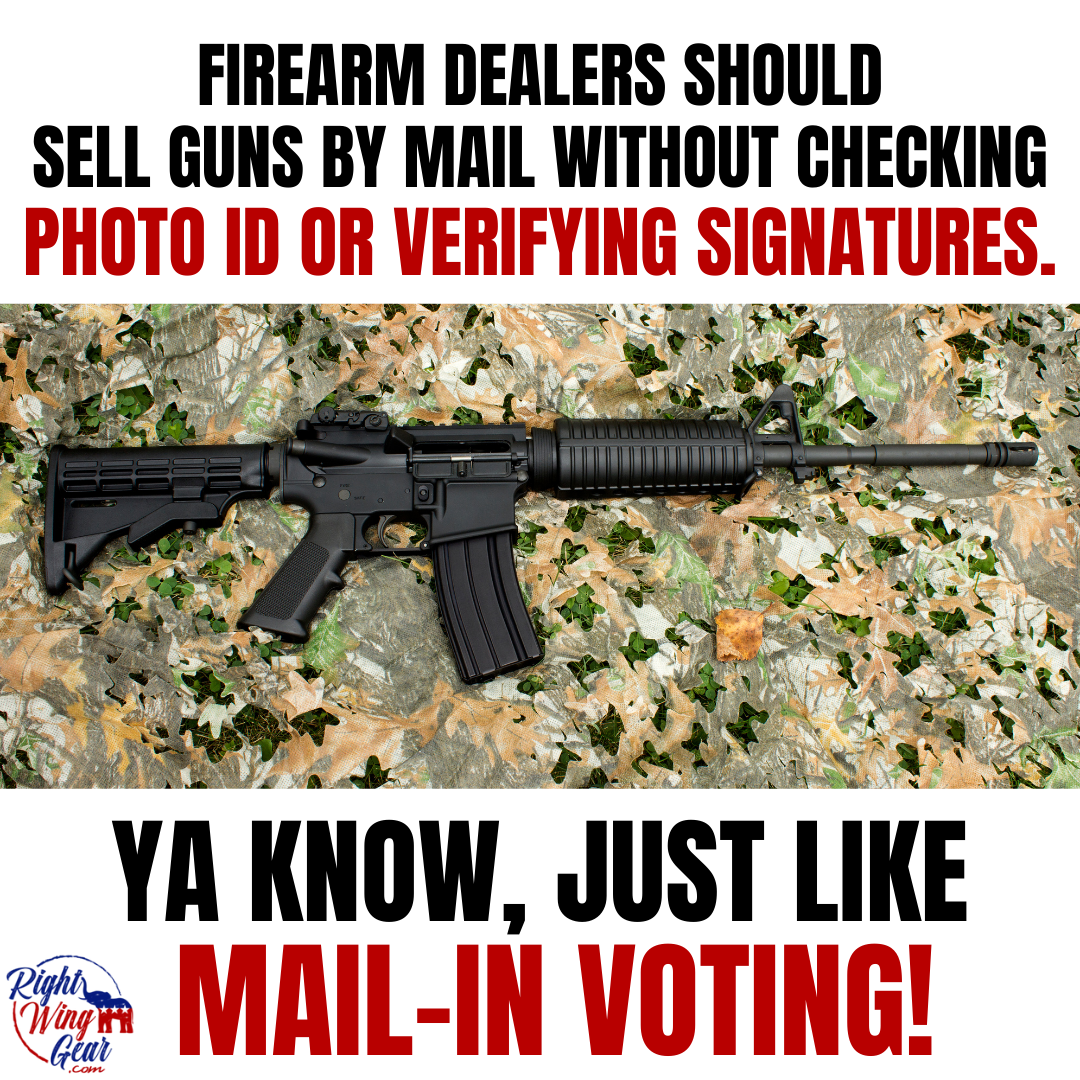 Again, we find ourselves in a similar situation with circular logic that anybody with more than two brain cells to rub together can figure out. Oh, by the way - it's looking like the ramifications of stealing an election are more dangerous than law-abiding citizens exercising their second amendment.

3. Teach Your Sons To Become Men 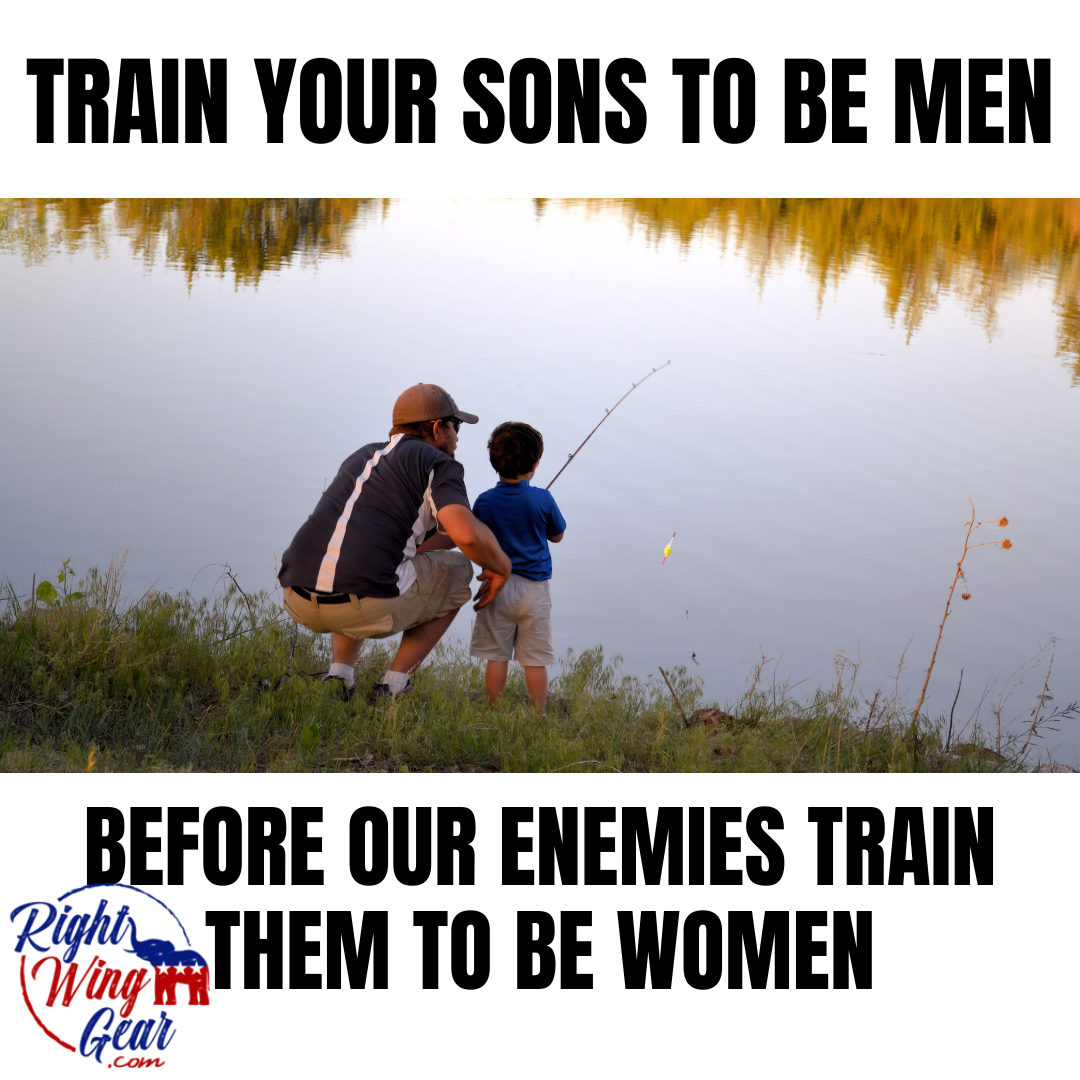 You need to seriously re-evaluate your priorities if your children are still in the public school system. Sons need a strong father figure to show them how to be and point out how not to be. If you don't lead them down the right path, then the brainwashed school faculty who can't even tell what gender they are will lead them astray. 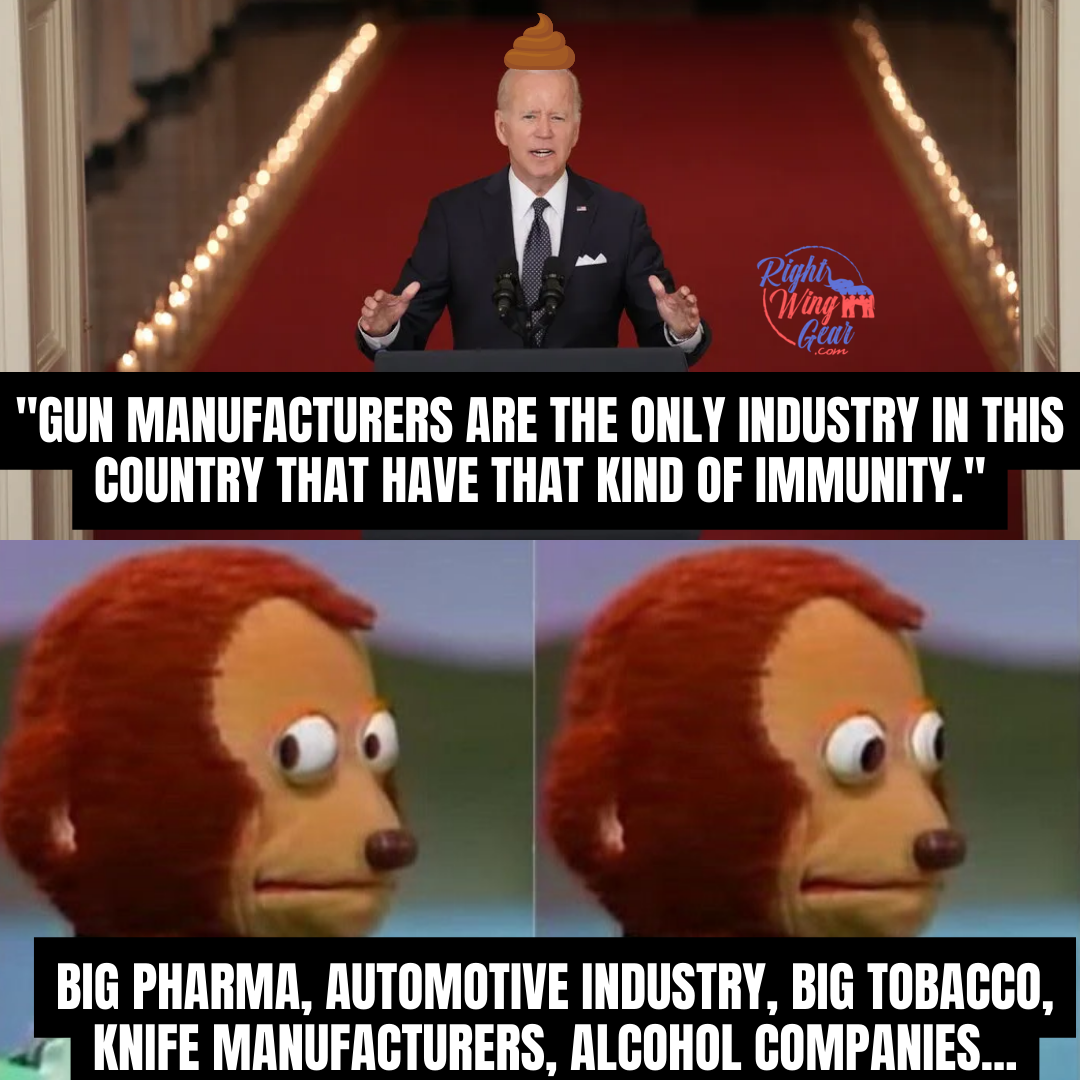 Translation: Gun manufacturers are the only industry in this country that allow the citizens to have a fighting chance against oppressors, and for some reason, you really don't like that.

5. Drunken Speaker, we corrected his eyesight...

Whatever the opposite of "You're a sight for sore eyes" is, that's the feeling I get when I look at this beast of a woman. 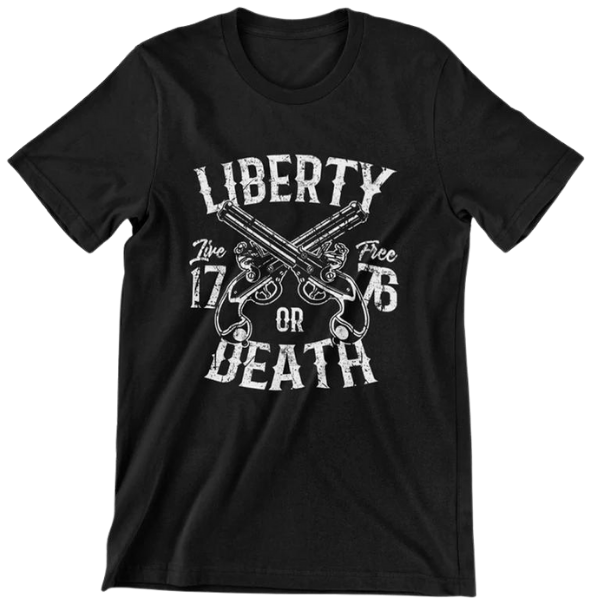 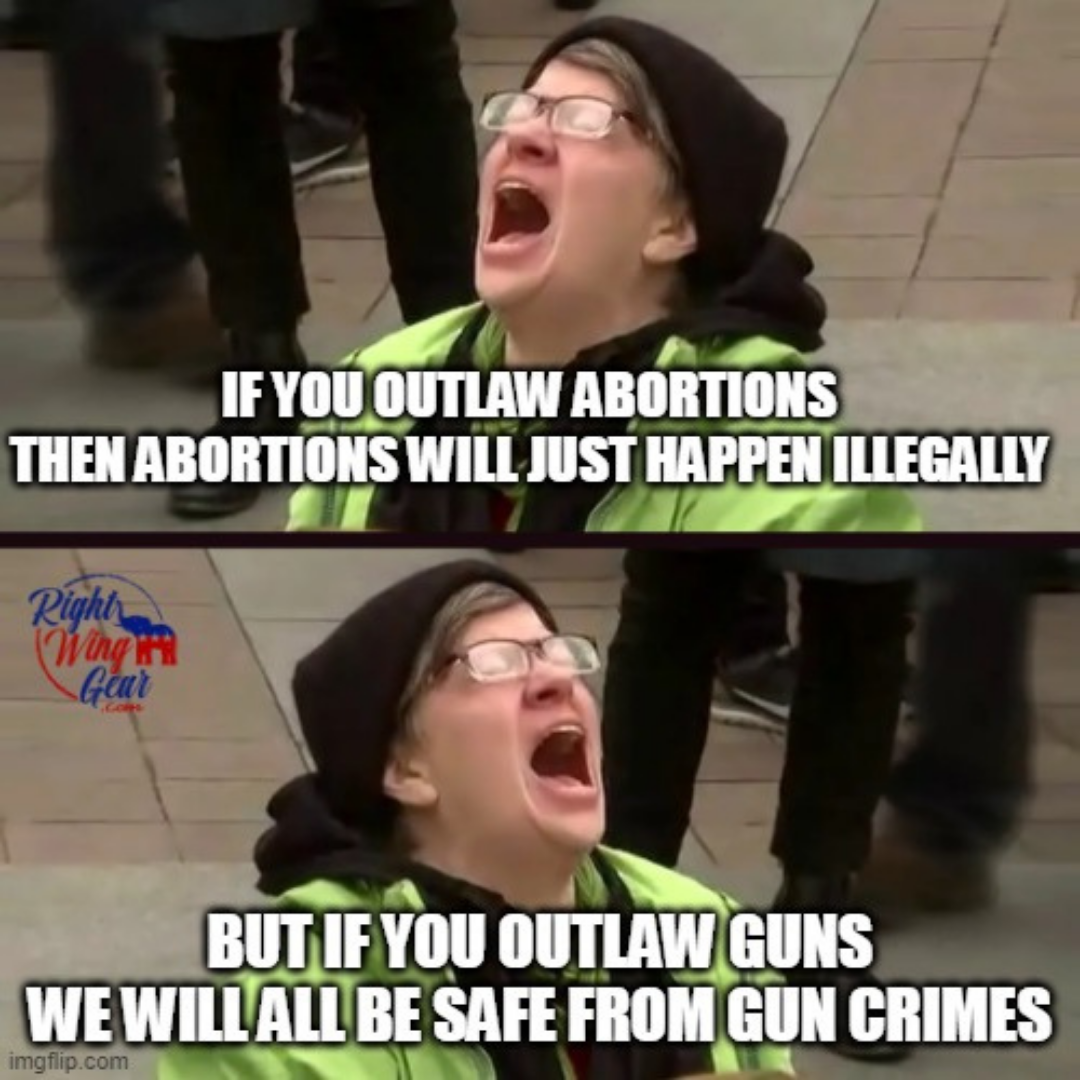 Putting these memes together is further confirmation that we are not the crazy ones. Imagine actually believing that - no seriously, imagine being that dumb and trusting of authority. Sure, everything's all fun and games, unlimited abortions and free masks for all - until the authority they rabidly defend turns their crosshairs on them...

7. Get The Domestic Part Yet? 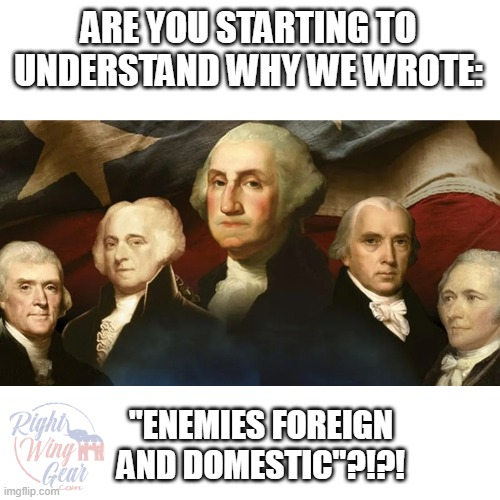 Now you see why the Constitution was intentionally written to be short and concise - less words on the paper equals less words than can be twisted.

8. Monkeypox Waiting for the Midterms 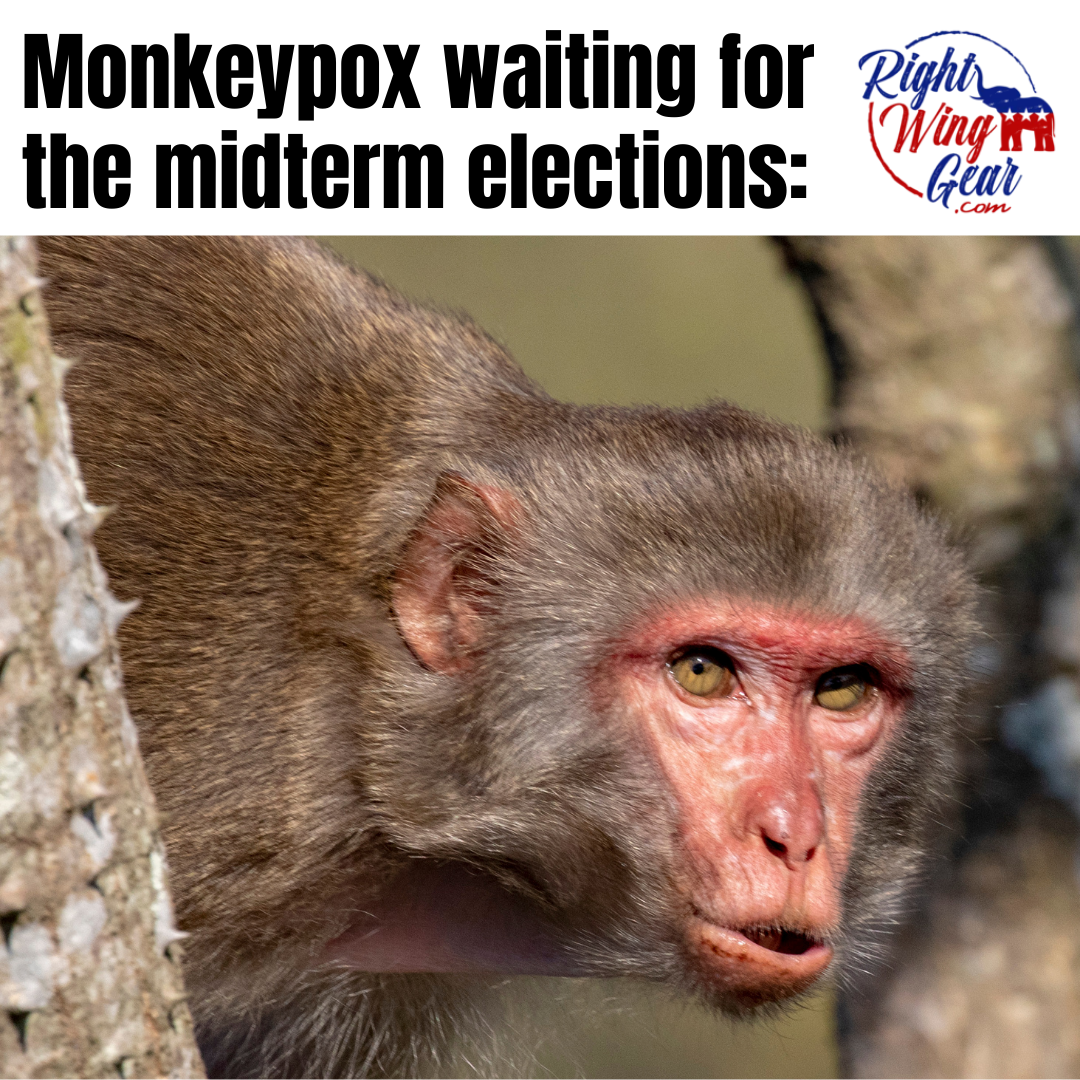 Why does the whole entire thing feel so... eerily familiar?

9. ...And They Still Think They're Revolutionaries 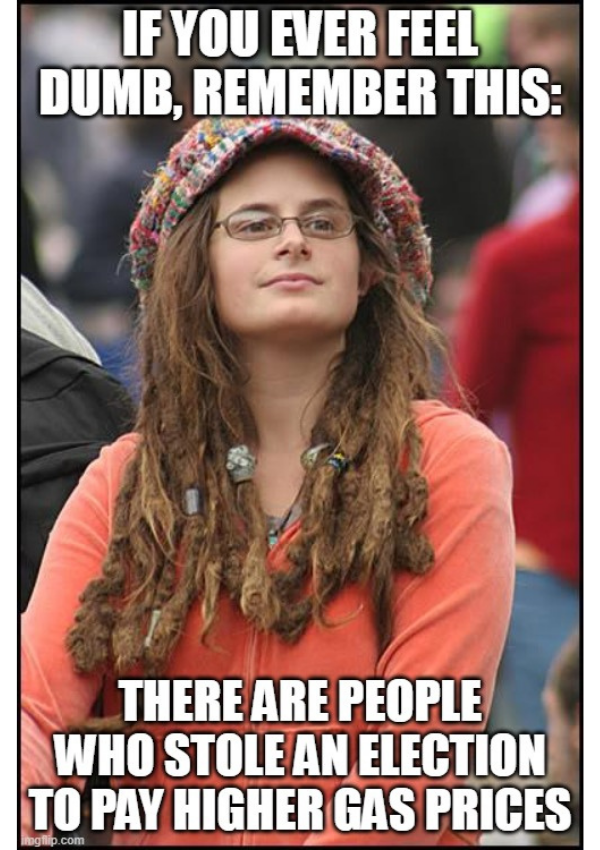 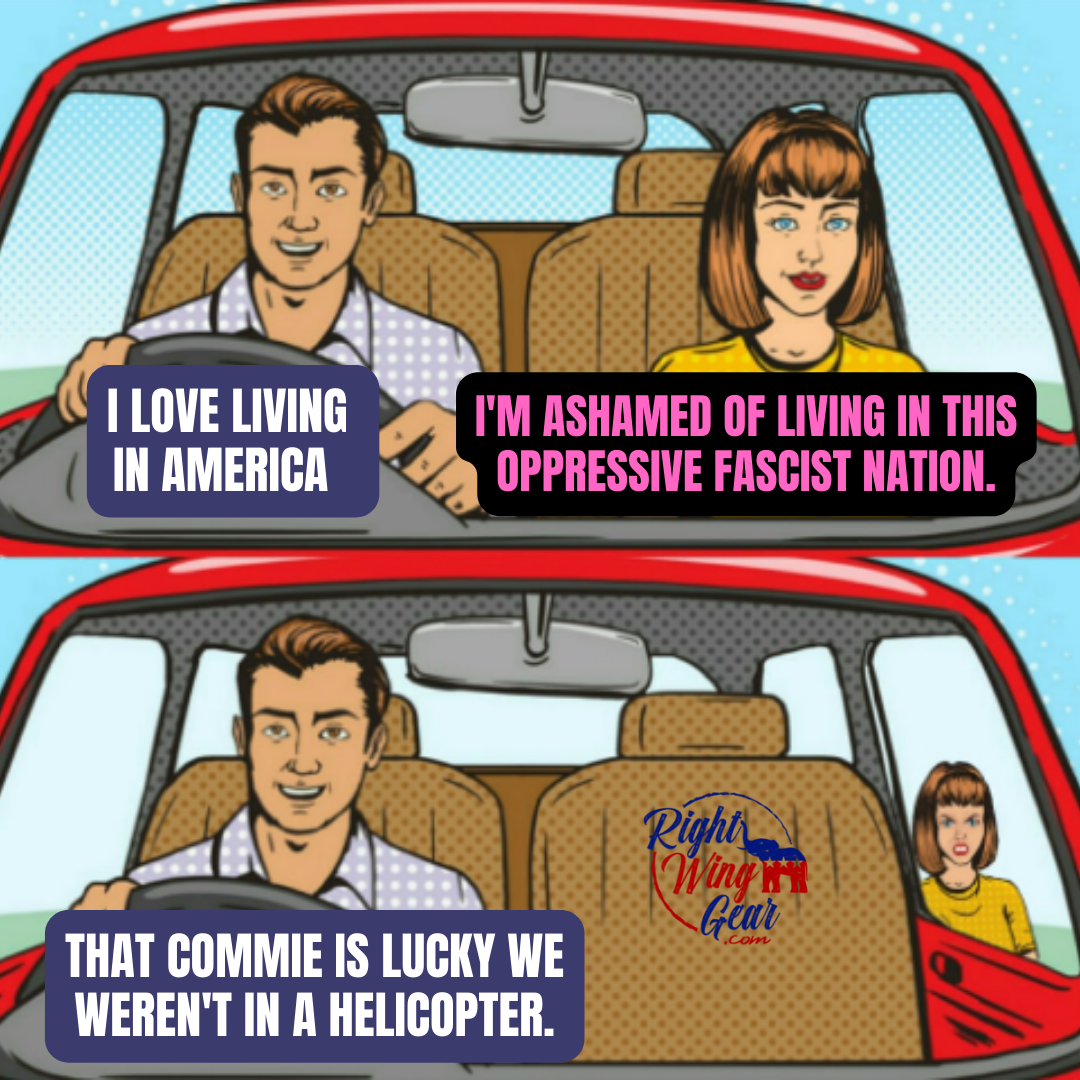 Commie bastards have two weaknesses; the first is the truth, and the second is their inability to shut up. Luckily, one sets of the other. Speak the truth and they won't be able to help themselves. 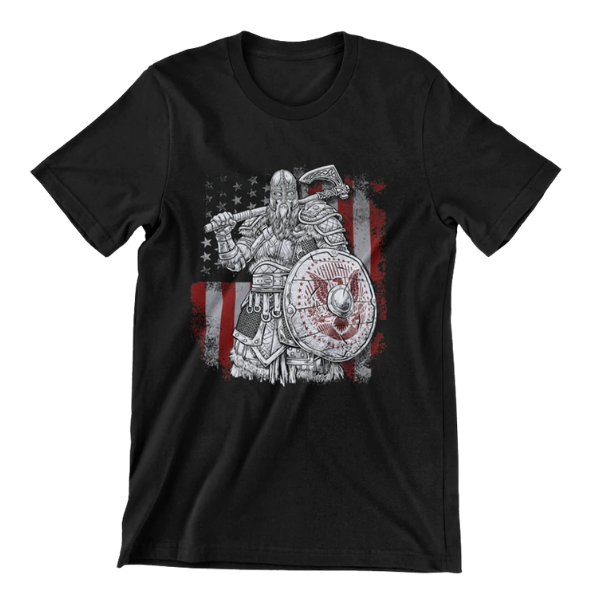 11. How Can People Possibly Believe This Ridiculous Hoax? 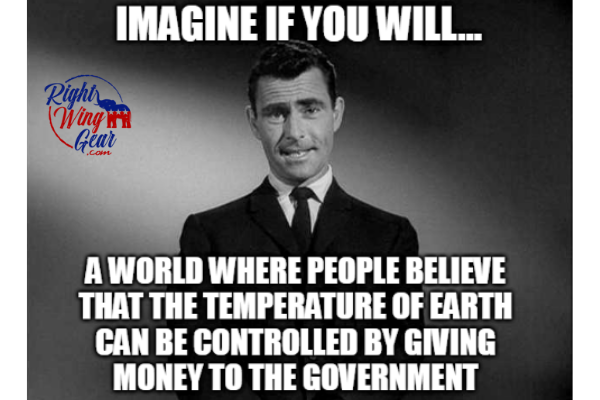 In the 70s it was an ice age; in the 80s there was a hole in the ozone layer; the 90s brought us doom from acid rain; the 2000s was global warming from the chronically constipated Al Gore; now, unproven climate change is the biggest threat to humanity. They got it right this time, I swear!

12. You Learned About Value Systems in That Fancy College You Went To, Right? 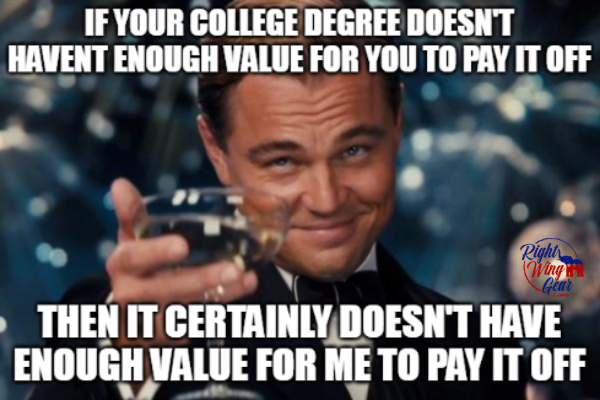 1. Their fellow citizens, and themselves, will foot the bill.

2. Money will also be printed to pay for it, making everything else - including their soy lattes - even more expensive.

3. Either way, the big banks win again by receiving guaranteed loan repayment - just like in 2008. 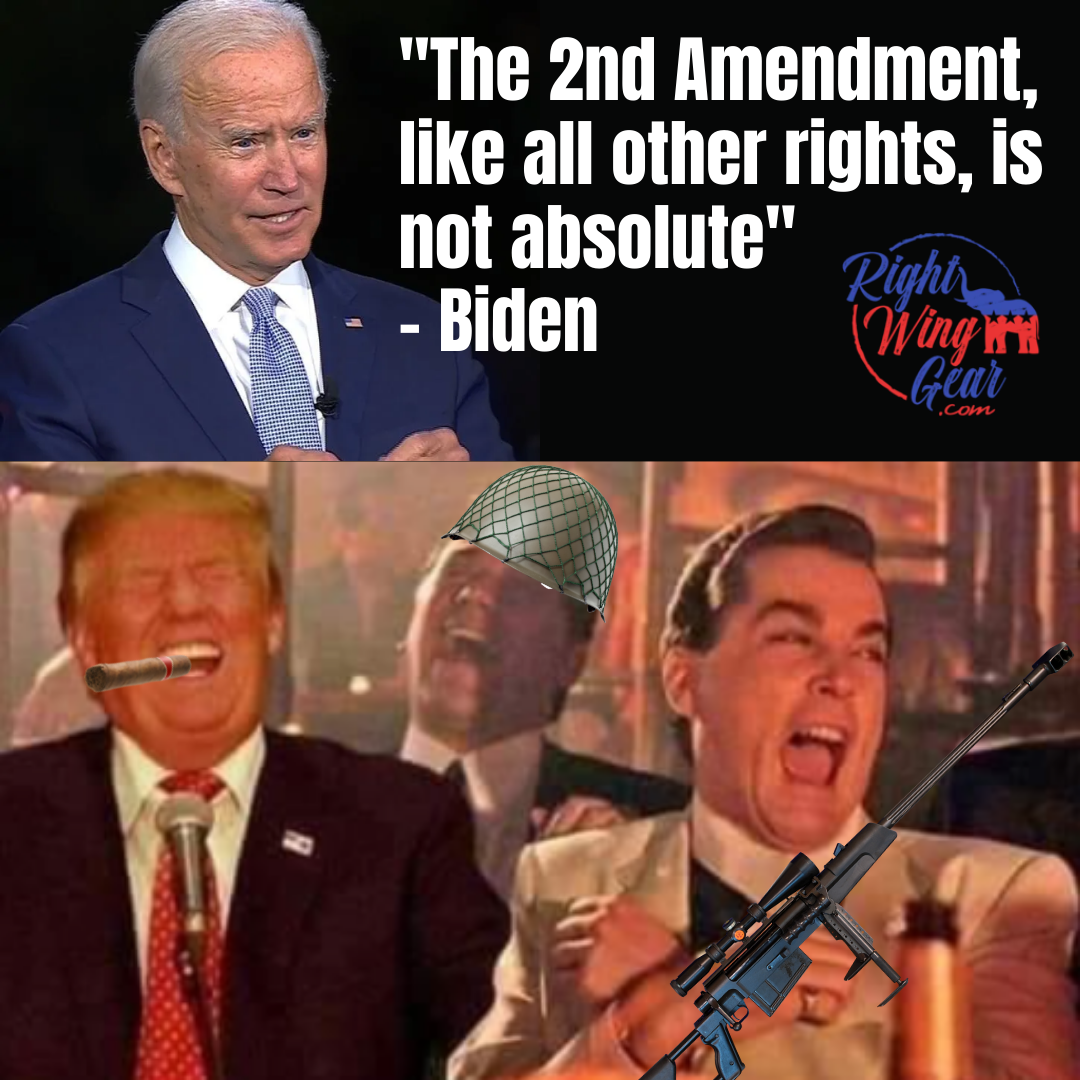 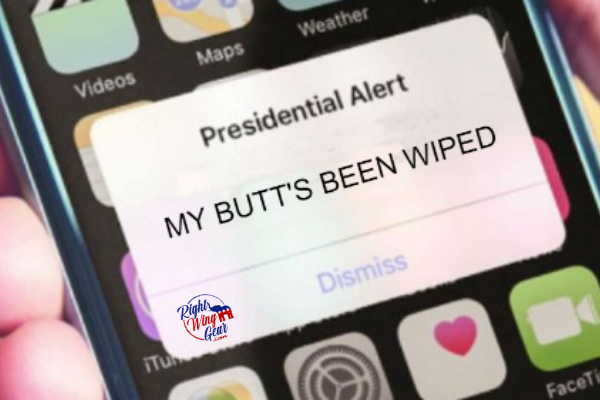 A few months back, the Dementia Patient In Chief was recorded saying exactly this while walking to a reporter after coming off of a helicopter. I'm serious. DuckDuckGo it.

15. Louder For the Commies in the Back 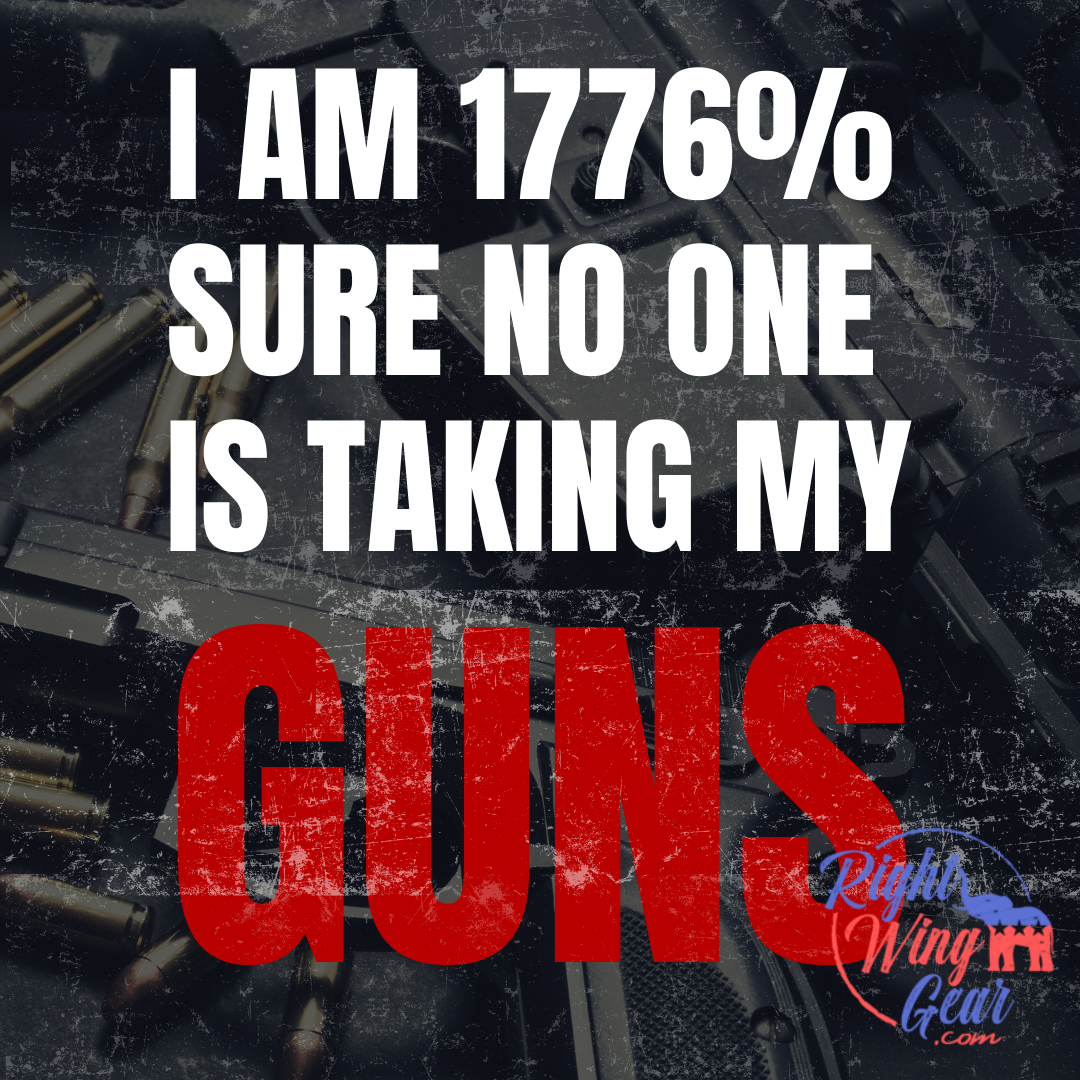 Never forget that your rights can not be taken away, you can only give them away. Make the choice to be the American your ancestors would be proud of and stand defiantly in the face of authoritarian tyrants. You'll inspire others to do the same. 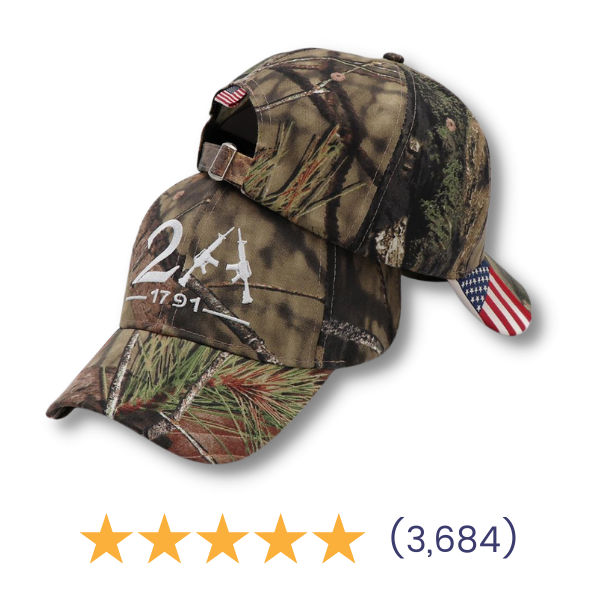