The Fix Was In

Finally, after nearly a year of jumping legal hoops, fighting against the radical left, and overcoming nearly every hurdle imaginable, the results of the Audit of the 2020 Presidential Election in Maricopa County, AZ, are in, and it confirmed what we already knew...

This also means there was an immense amount of election fraud involved, and you have the right to know.

There were three major points that we're going to highlight today. Be sure to read this and spread it far and wide so that the TRUTH comes to light. 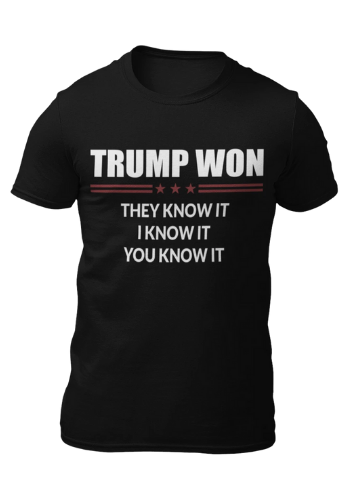 Dr. Shiva, the inventor of email and polymath with four degrees from MIT, uncovered more than 17,000 duplicated ballots that were included in the final certified results of the election.

These duplicate ballots alone are enough to put Trump over the finish line, seeing as Biden won by a margin of roughly 10,000.

Doug Logan, one of the members of the Cyber Ninjas team hired to audit parts of the election, revealed that there were 57,734 ballots with known issues. This is over 5x the supposed margin of victory.

→ Tens of thousands of ballots cast from individuals who had moved prior to the election and could not have physically received their ballots, legally

→ Over 200 individuals were easily identifiable as likely being the same person but having two different voter IDs and voting twice in the election.

These are just to name a few - hear him outline some more below. 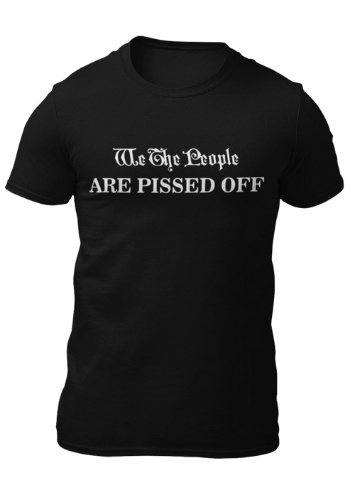 We The People
Are Pissed Off T-Shirt

Mr. Cotton highlighted various security issues during and after the election process, which were astounding.

He also highlighted how numerous items he requested were either not provided despite subpoenas being provided to the County months ago and numerous individuals deleted items they requested.

You can watch a highlight from his findings below:

We now finally have hard evidence that at the Presidential Election of 2020 was absolutely rigged in at least one county - and many more counties are following Maricopa County's lead. Calls to decertify the election have been made, and we are watching the situation unfold like a hawk.

Be sure stay subscribed to our newsletter to stay updated on the latest developments in this ground-breaking story as well as updates with other counties' audits.