“Those who don’t learn from history are doomed to repeat it.”  -George Santayana

Far too often, the horrors committed by regimes past are swept under the rug, glossed over, and eventually totally removed from public education.

Those who experienced the atrocities age and pass, leaving the knowledge to only be found in the dusty bookshelves forgotten, or within the minds of those who understand the value of stopping them from occurring again.

Regardless of your stance, and regardless of if the fake news agrees with this statement, we are today faced with the very real probability that a form of the Soviet Union is returning to power.

As with all fakestream media propaganda, it’s important to not mindlessly repeat their mind-numbing idiotic takes on the situation, but instead revisit history and form our own stance.

To help our fellow Americans understand the gravity of the situation we’re facing, the team at Right Wing Gear put together this guide as a stark reminder of the evil that took place under Soviet Rule - and why it must never happen again. 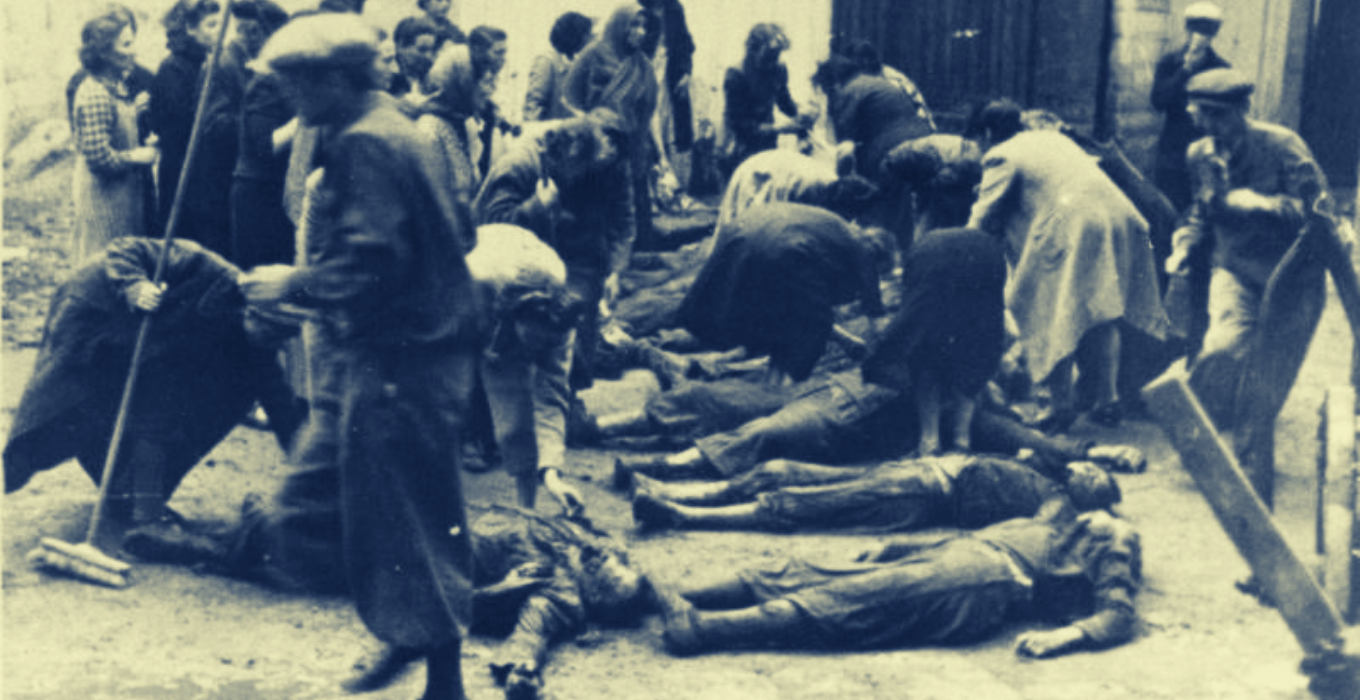 Not many know that the term GULAG originated as a Soviet acronym for “Main Administration of Corrective Labor Camps” under Stalin, and eventually became a term to represent the entirety of USSR forced labor camps.

Due to the nature of the intense manual labor under extreme climates and horrid living conditions with little to no food or water, death and violence was a daily occurrence. Prisoners were forced to work up to 14 hours per day and broader laws were passed to imprison more innocent civilians to replace the huge amount of workers who died.

Women who arrived pregnant were given little to no break from the forced labor, and their children were given to orphanages as soon as they were born; while women who were not pregnant upon arrival eventually fell pregnant from incessant rape. Their babies suffered the same fate. On the low end, it’s estimated that 2.9 million people died in the GULAGs. 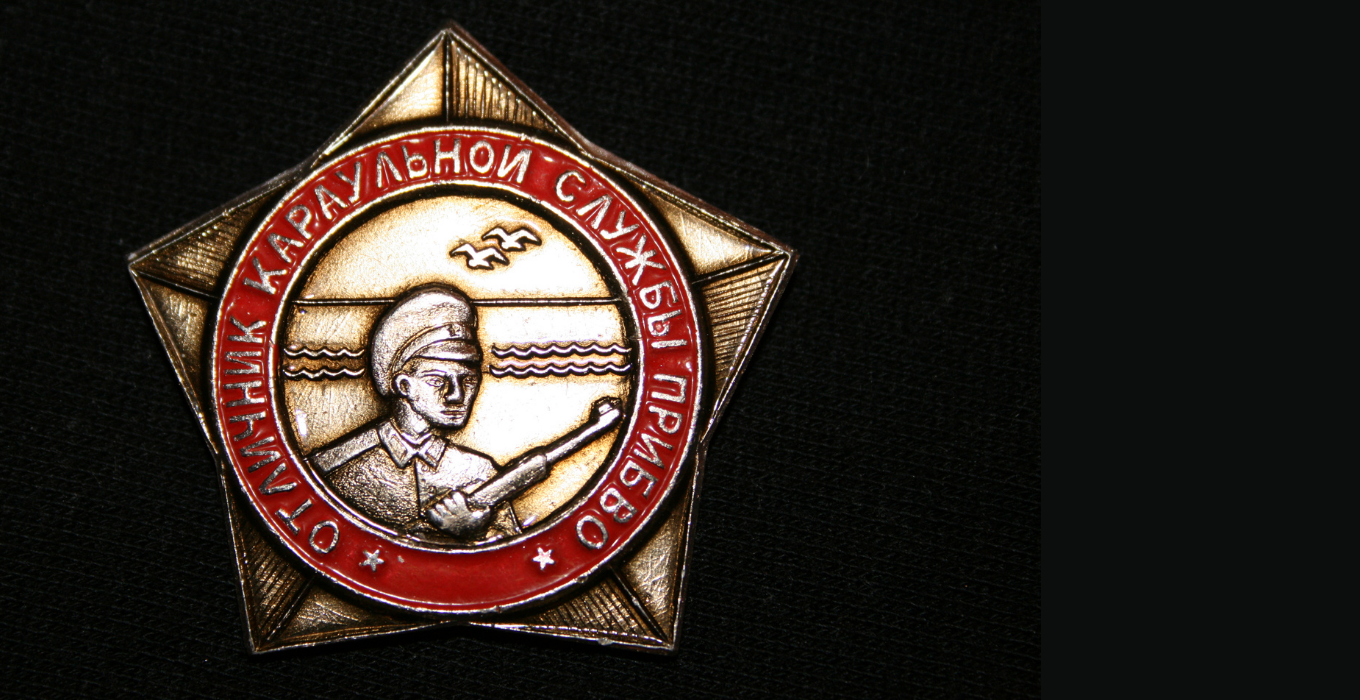 Also known as the secret police of the Soviet Union, the KGB was nothing less than a terrorist organization composed of murderous psychopaths. Their reign of terror knew no borders as they terrorized both innocent civilians of the Soviet Union and infiltrated high levels of government intelligence with highly effective espionage tactics.

Although the KGB was first installed to violently squash any anti-USSR movement within their borders and spread their ideals internationally, it eventually became a domestic terrorist organization with the sole purpose to terrify the innocent civilians of the Soviet Union. If the KGB thought someone did something, or needed someone to blame, they would do whatever they possibly could to get citizens to admit to crimes they never committed as a constant reminder to keep people in a never-ending state of fear.

To give you an idea of how evil these bastards were, the NKVD, which was essentially synonymous with the KBD, was once headed by a man known as Lavrentiy Beria, given the nickname within Stalin’s inner circle as “the bloodthirsty dwarf.” It is he who is credited with the chilling phrase, “Show me the man and I’ll find you the crime.” 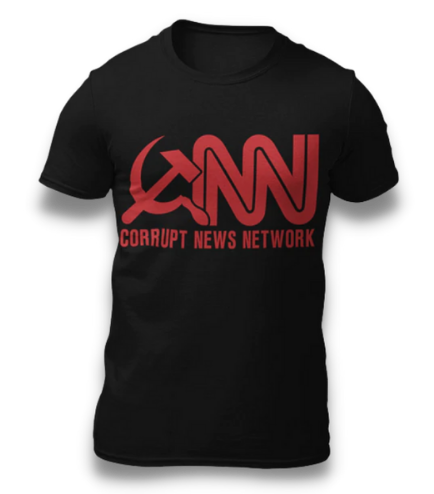 Available in men's and women's sizes
Proudly USA Made

3. On a Warpath to Instill Global Communism 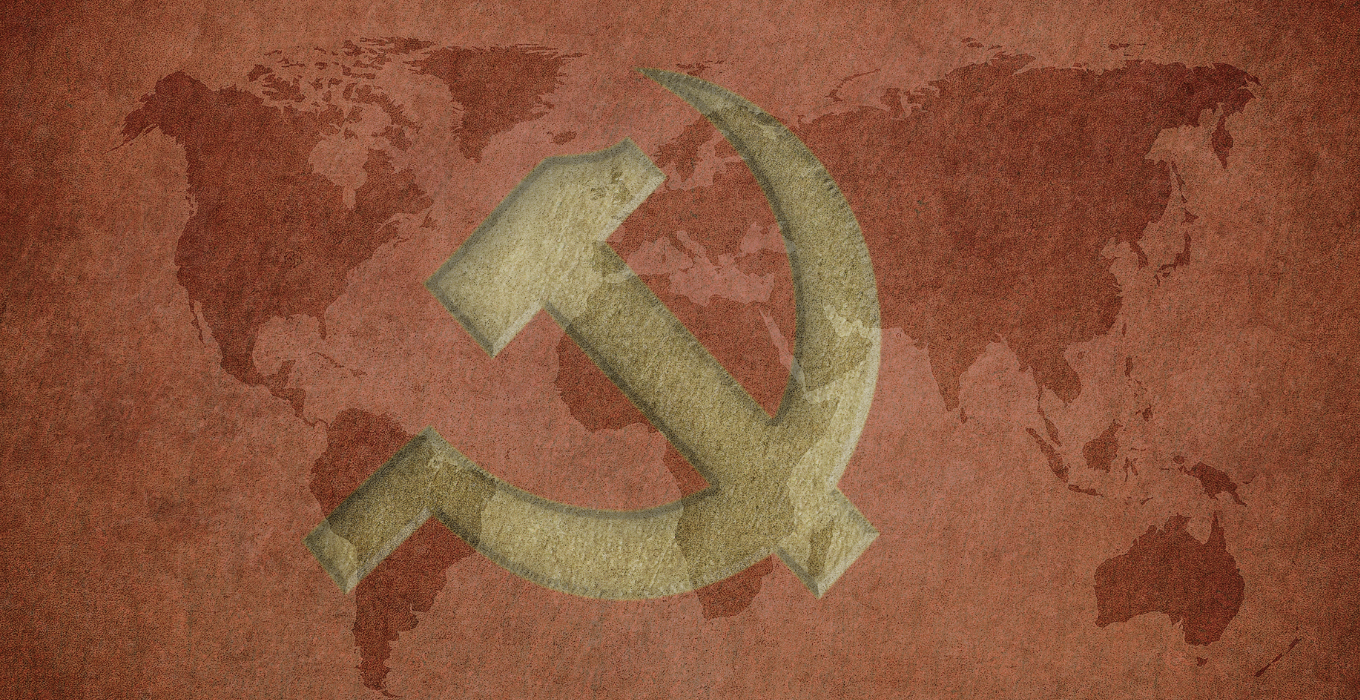 Show me a blue-haired liberal screaming that communism is the answer and I’ll show her two sheets of paper; the first will be a list of the countries where communism has worked, and it will be blank. The second sheet will be the number of people killed by communism in the 20 century, and it will read 90 million+.

Communism is and was presented as a utopia where everyone is equal and works together to help everyone else. Nothing will cost anything, the government will be honest in distributing wealth and resources, and people like Stalin were trying to get everyone else on Earth to believe the same line of shit. 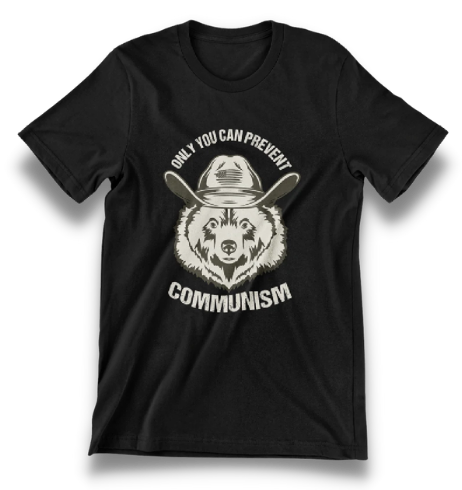 Only You Can Stop Communism
T-Shirt & Hoodie

Available in men's and women's sizes
Proudly USA Made 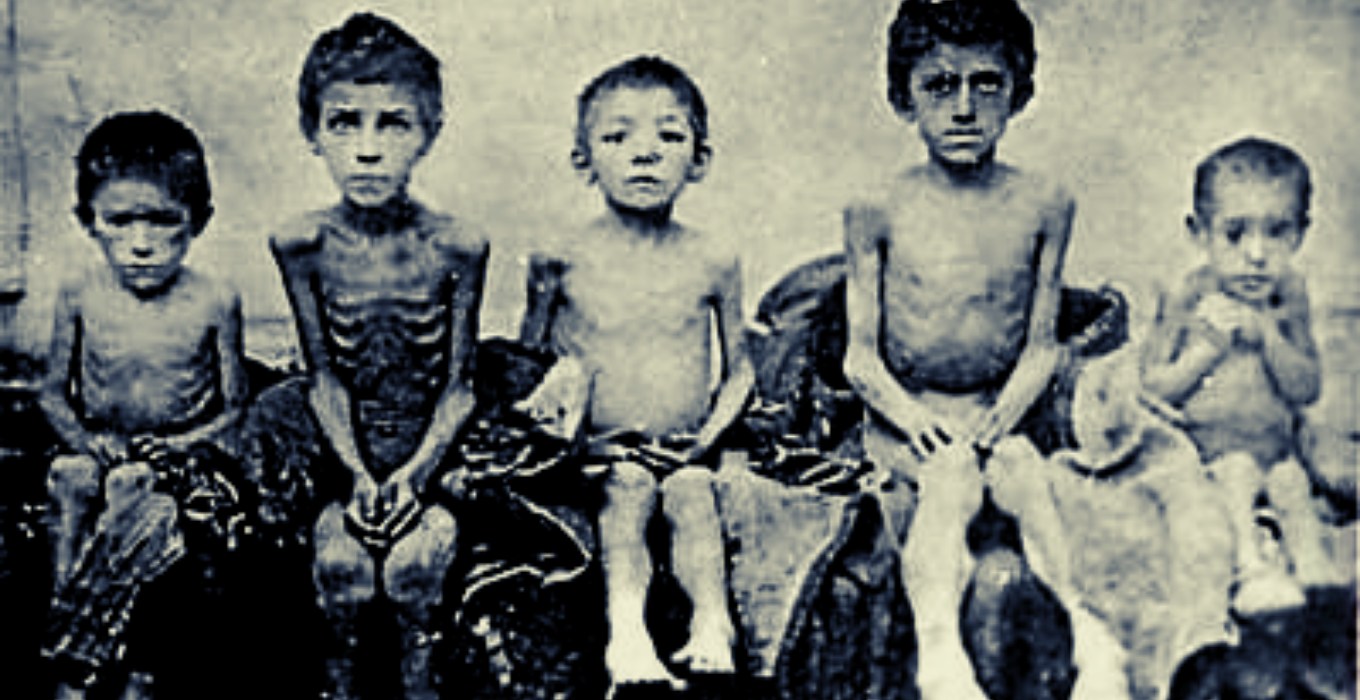 Globalist-owned websites such as Wikipedia will tell you that around 7-9 million people died under the Soviet Union, but anyone with more than two brain cells and can count to three know that the number far exceeds those insulting estimates.

The 30-50 million figure does not include deaths outside of the borders of the USSR - this figure is the number of people who were killed directly or indirectly within the USSR borders as a result of Soviet rule.

The cause of death was not limited to the gulags or KGB however; famine and disease was rampant. The most famous example was the Holodomor, a man-made famine in Soviet Ukraine from 1932-1933 where outside aid was rejected, all household foodstuffs confiscated, and movement was restricted. This ultimately cost the lives of 7-10 million Ukranians; it was a genocide set in motion and enforced by Soviet rule. 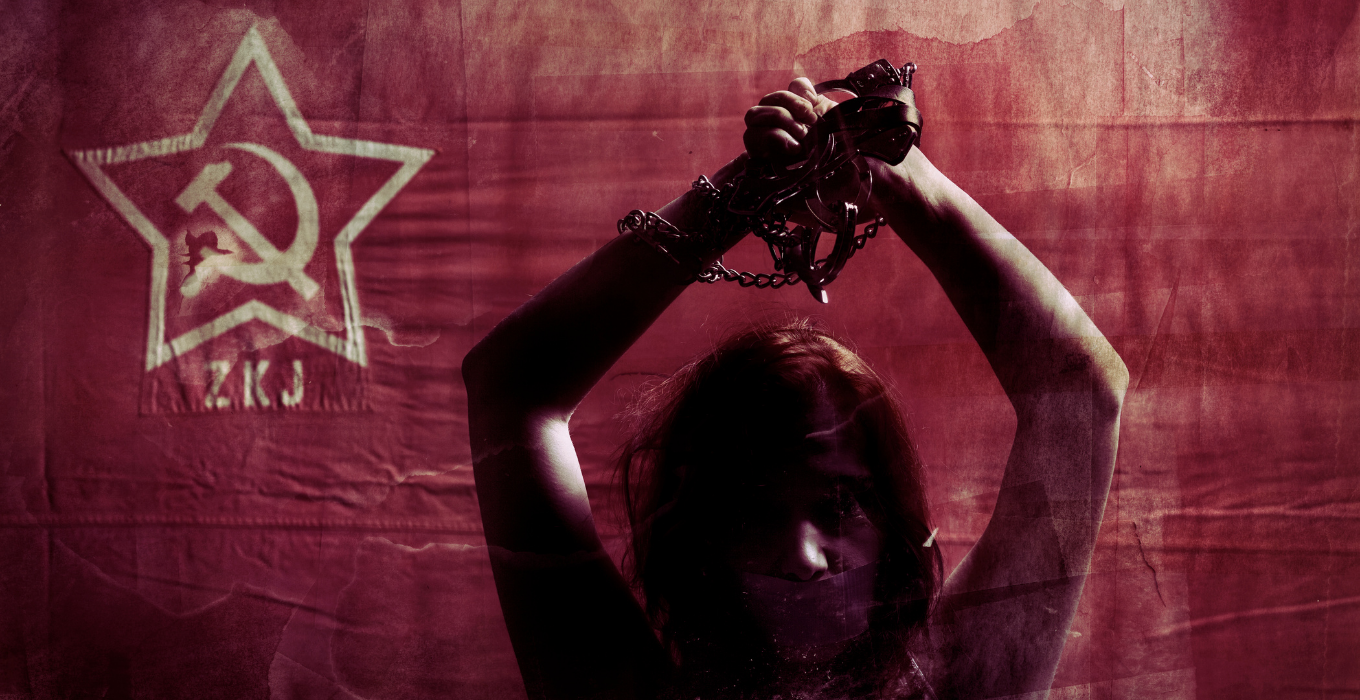 A small yet terrifying final point to make is the institutionalization of those who disagreed with communism; if the KGB did not kill dissenters, they would instead send them to mental asylums to never be let out.

Imagine disagreeing with an obviously evil doctrine, standing up for what’s right, only to be thrown into a mental institution forever with other legitimately psychotic people with no way out. There was no way to determine who was and who wasn’t subjected to this and nearly everyone who suffered this consequence died in the asylums they were wrongly imprisoned in.

Do Your Own Research

These five points don’t even begin to scratch the surface of the evil surrounding the Soviet rule, but it’s more than enough to shake you awake to the reality we’re facing.

Knowledge is power and knowledge is empowering - put down your Netflix tonight and research more into these topics to establish unshakable resolve against both the rise of a new-age Soviet Union and any form of communism whatsoever. 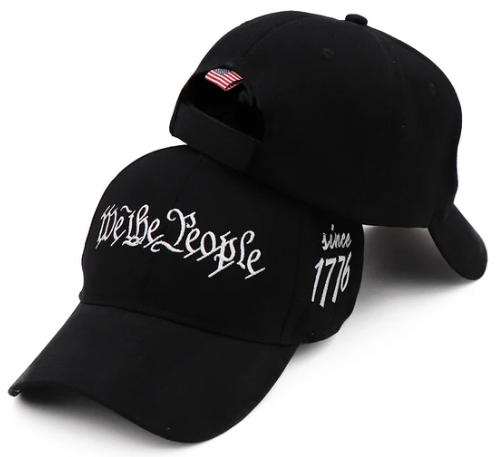 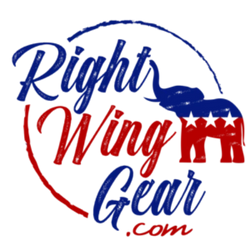