Putting the Pieces Together

38 years ago, a KGB defector by the name of Yuri Bezmenov gave an interview to G. Edward Griffin about what he called, “Ideological Subversion”.

You can watch the full interview below, but I’ll explain the general concept is explained right beneath the video.

In a nutshell, the ex-KGB agent explains how Russia and other foreign agents knew that they could never defeat the United States in traditional warfare - instead, they decided to play the long game by defeating America through infiltration, psychological warfare, and demoralization, particularly by targeting the younger generations.

It’s much more effective to brainwash younger generations over decades to accept a belief system and let the old guard die out than it is to attack the old guard head on.

Traditional warfare is known to strengthen citizens of nations, just look at how the United States came together after the tragedy of September 11th. On the other hand, modern psychological warfare splits the country apart to the point of no return, making it easier to conquer when the time comes - or removing the need for an invasion altogether.

This whole strategy is completely dependent on corrupting the youth, which will be the focus of this report. A lot of the topics are very controversial, but that’s part of their game; get the youth to intensely believe in values that are so outrageous that it becomes criminal to discuss or question them.

Let’s buckle up and face the facts.

I’ll begin this point with a quote we’ve all heard somewhere once:

“He was happy and wasn’t hurting anyone, but it was strange”

I don’t support and I am not against transgenderism; to be frank, the only time it crossed my mind is when “Dude Looks Like a Lady” by Aerosmith came on the radio. Do what you want behind closed doors and leave me out of it.

Unfortunately, this thought process was taken a bit too literally and the Totalitarian Tiptoe took effect. The youth was first introduced to normalizing transgenderism through shows like Ru Paul’s Drag Race. Yes, I know that drag queens are different to transgender people, but it served as a bridge for both young adults and their parents from knowing that people like that exist to it becoming a normal thing to watch on the tube.

Somewhere along the line, this degenerate reality show morphed into having drag queen reading hour at the local library and now butchering and mutilating children as young as eight years old with gender-affirming surgery.

I will be clear on this - I don’t give a rat’s ass what anyone says, thinks, or labels me as - cutting off the reproductive organs of children is wrong, barbaric, criminal, and deserves nothing short of capital punishment.

If you think otherwise, don’t let the door hit you on the ass on the way out. If you agree, take a moment to listen to Dr. Jordan Peterson’s reprise of his article, Butchers and Liars.

If a young person can not come to terms with something as fundamental and basic as their gender, they will not be able to cope with serious and significant life challenges, which is the first tiptoe towards instilling dependence on government.

There is no such thing as gun control, only gun confiscation.

Simultaneously, the American education system omits horrors from school curriculums such as the Mao Revolution in China, the Socialist Revolution in Venezuela, and the Communist Revolution in Cuba - all of which prove that gun confiscation is the precursor to democide. 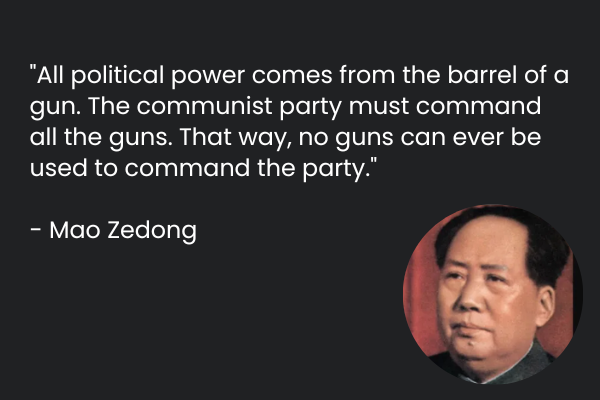 This level of brainwashing has been so effective to the point that young adults not only refuse to own a firearm of their own, but also demand that everyone else be stripped of their right to bear arms as well.

This established the second foundational belief that ultimately results in government dependence for self-defense; unfortunately, since the youth are intentionally kept ignorant about the history of an unarmed citizenry, they do not understand that the crosshairs of authority will eventually be turned on them.

Breaking Up the Family

This level of division can be traced back to the 90s when the whole ‘Deadbeat Dad’ trend was going around, followed closely by popular kids TV shows portraying the main character with an annoying little sibling or inept older sibling. These female main characters typically constantly had arguments with their mothers as well.

This instilled both an artificial sense of loneliness and made it abnormal or even strange to have a loving, caring family. Affectionate parents were portrayed as weird or creepy, but there was always a caring friend or teacher to pick the main character up.

I understand that caring and loving households are few and far between, but this is my point. While some people are simply awful parents, a lot of this division can be attributed to pop culture influence. Instead of parents talking to their children about their behavior, they talked to other parents, therefore forming a bond with them over bad behavior instead of bonding with their children in an effort to understand and correct their behavior. The youth would also bond over these shows they watched, either consciously or subconsciously bonding over these manufactured family divisions.

Once they reached college, these young adults found a new ‘family’ in others their age who believed ideologies of politicians or social movements. If the individual did not believe in the propaganda, they would be shunned socially; their choice became join the group-think and be cool or be subjected to isolation, humiliation, and shaming tactics. Since the individual destroyed their relationship with their blood family, they had nowhere else to turn to. See Anti-Trump, BLM, Defund the Police, the Climate Change Hoax, etc.

This lays the foundation for the third pillar of government dependence; a sense of belonging to a government-approved community.

While the erosion of the freedom of speech, privacy, and bodily autonomy began in the early 2000s on communist-infiltrated college campuses, it slowly bled into lower and lower levels of schooling.

The right to speak freely about political opinions was first deleted in college, which then devolved into kids as young as elementary school being scolded for misgendering their teachers. 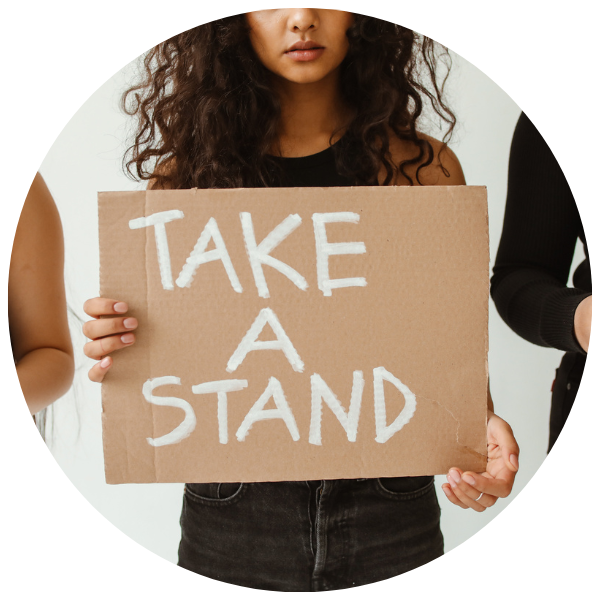 What began as sharing a college dorm with an unassigned roommate policed by a designated individual that could enter a dorm at any time has now descended to school children of all ages having mandatory COVID-19 trackers on their mandatory smartphones. 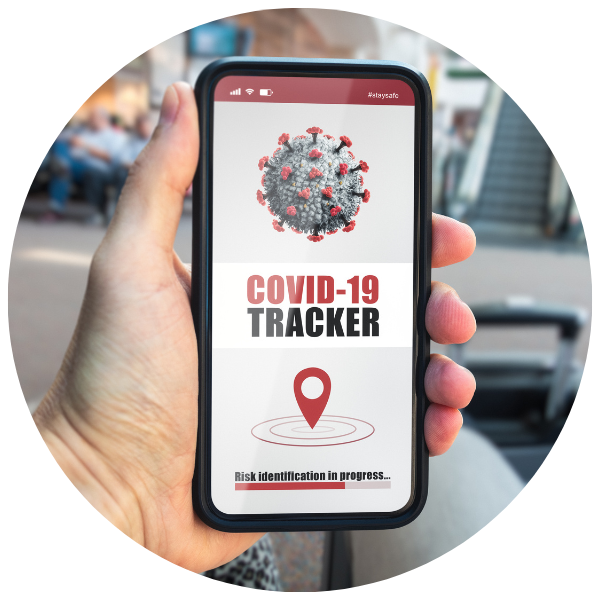 Forcing all students admitted to colleges to have certain vaccinations as a precursor to being able to walk on campus has brought us to having children as young as five years old to have a mandatory shot of experimental vaccination. 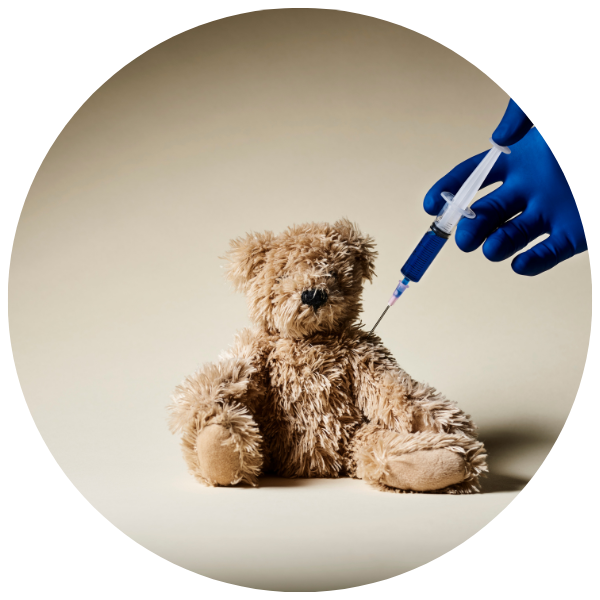 In summary, this level of perceptual programming is brainwashing children at early, impressionable ages to not hold value in their right to speak freely, right to not be tracked and traced, and right to deny medical treatment of any sort to participate in society.

This lays the fourth foundation of dependence on government; acceptance. If you say the things they don’t want you to say, block them from tracking your every move, and reject experimental health procedures, you will not be accepted by authority or by those around you. You will be alone and afraid - unless you comply.

All of these strategies of infiltration could only be effective if they were constantly bombarded with the insanity 24/7; enter smartphones and social media.

If that’s not enough, these very apps are meticulously designed to keep users engaged for as long as possible; people use TikTok alone for an average of 95 minutes per day. The psychological implications of using TikTok and the data gathered by the CCP is staggering, as outlined in this excellent 30 minute documentary below, a 100% must-watch.

After a few generations liberty will be erased simply because there won’t be anyone alive who has experienced it. Legislation criminalizing the right to bear arms, speak freely, or think differently will easily slide into existence - if it even needs to be created at all.

But not all is lost.

The solutions to this are simple but not easy - pull your kids out of public school, seriously limit their phone usage, and most importantly, talk to them. They will view you as a tyrant if you come crashing down on their reality without love, understanding, and comfort.

Although clear and caring communication is vital, this is not something to compromise on. This is happening and is very real.

If you don’t teach your son how to be a man, someone else will teach him how to be a woman.

If you don’t teach your children how to be a sovereign human being, someone else will teach them how to be a servant to the system.

In order to win the war for the mind of young Americans, we must simply remove them from the battlefield.